Claudia Chender is the Leader of the Nova Scotia NDP.

Cape Breton is on the rise. While in Sydney last week I was blown away by the people I met, the work they’re doing, and the transformation I saw happening across CBRM. Cape Bretoners are busy, there are exciting construction projects, new businesses, and incredible people at community organizations from ACAP to the Cape Breton Food Hub to New Dawn increasing their scope and impact. At the same time, challenges persist – more and more families can’t find a family doctor, and chronic ER closures in communities across Cape Breton make it hard for people to find care. 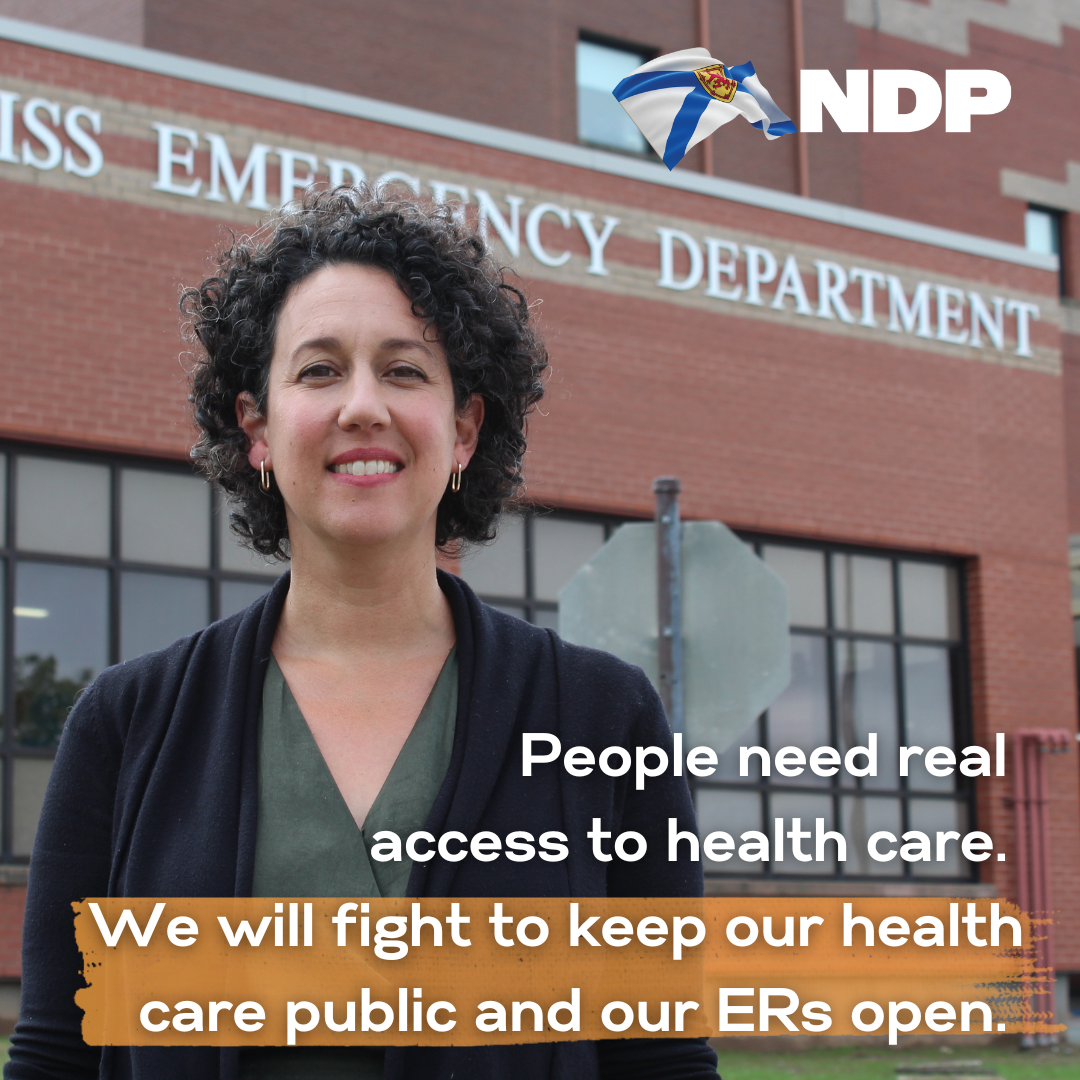 The skyrocketing cost of living means everyday families are struggling to afford gas and food, and the city needs more support from the Houston government to make the needed investments in infrastructure from hospitals to Centre 200 to a new library.

There is a building boom in Sydney and across Cape Breton, but more tradespeople are needed, and folks are getting left behind. While residential property values are on the rise, more and more people are finding it harder to afford a place to live.

The last election showed us that health care is the primary concern of all Nova Scotians. Nowhere is this more evident than in Cape Breton. I heard heartbreaking stories of people traveling hundreds of kilometers for care and spending thousands of dollars on the way. Cardiac patients have worse outcomes across the board in Cape Breton because of the lack of a cardiac catheterization lab at the Regional Hospital.

And the lack of an on-call pediatric psychiatrist at the Cape Breton Regional means children with urgent mental health issues are often unable to access care at all, or only after long delays and transfer to Halifax. It shouldn’t be this way.

Downtown Sydney feels alive in a new way. Sydney is a success story for immigration to our province. Building on the legacy of multiculturalism that was established in Whitney Pier a century ago, CBRM is once again drawing people from around the world. From the shops popping up along Charlotte Street, to the new Marconi Campus rising on the waterfront, to the work being done by the many people and organizations serving all of Cape Breton, there is an energy and a spirit of possibility that can’t be ignored.

Still, it can sometimes feel like Cape Breton is going it alone. People continue to struggle to find housing and aging infrastructure remains a huge issue. Centre 200 badly needs an additional infusion of funds, and support for a new library would be welcome. There is no indication that help from the Houston government is forthcoming, but it should be.

In so many ways Cape Breton represents the very best of Nova Scotia. Our kindness, our people, our culture, and the foundation of the growth of this province are all here in abundance. As the second largest city in Nova Scotia, CBRM and the people of Cape Breton deserve the attention and the support of the Houston government, and so far, the folks I spoke with are still waiting.