She was born Alexa Ann Shaw in Ottawa on August 11, 1944. She became Alexa McDonough when she married the late Peter McDonough in Halifax in 1966. She began her career in social work as the assistant to the director of Social Planning Department at the City of Halifax in 1969, and later served as a member of the faculty at the Maritime School of Social Work at Dalhousie University. Read More

A Legacy of Leadership

Alexa was trailblazer who encouraged and mentored countless women leaders. One of the ways to help continue her legacy is by giving to the Women in the Legislature Fund, a fund that supports the next generation of NDP women to run for office, which she helped to create.

10 Reasons Why Alexa McDonough was an Iconic Feminist Leader

In November 2020, New Democrats marked the 40-year anniversary of Alexa McDonough becoming leader of our party in Nova Scotia.

Alexa was a trailblazer who changed the face of politics in our province and country. To celebrate her legacy, we shared 10 reasons why Alexa was an iconic feminist leader.

1. Alexa was the first woman ever elected to lead a major political party in Canada. Alexa was elected Leader of the Nova Scotia New Democratic Party on November 16, 1980. 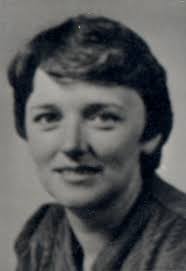 2. Alexa was the second woman leader of the federal NDP, following Audrey McLaughlin. To date, she is the only woman in Canada to have led a party at both the provincial and federal levels.

4. Alexa fought for stronger abortion access for decades.In 1989, she stood as the lone MLA in the Nova Scotia legislature to support a woman’s right to choose. 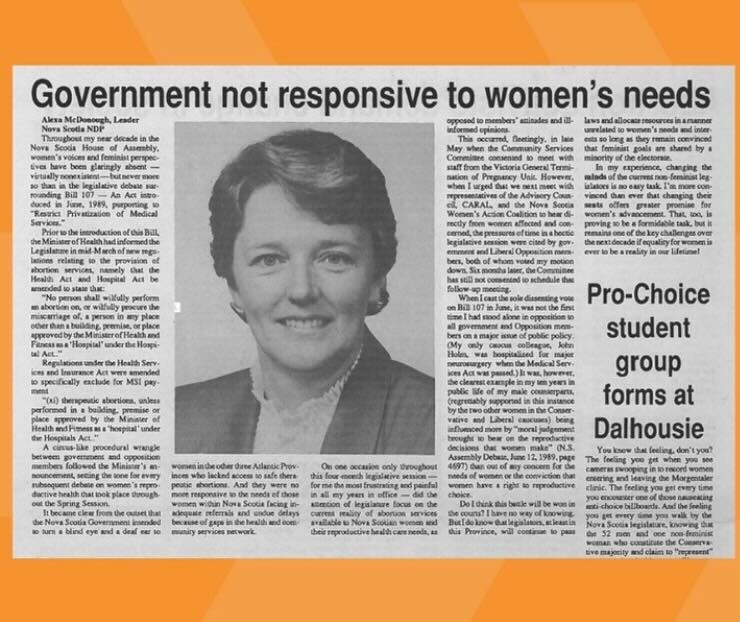 5. Alexa was the queen of canvassing, growing our movement through door-to-door conversations. Alexa was a prolific canvasser, never shying away from a conversation or a chance to connect with the people she represented. She was a passionate spokesperson for social democratic values. 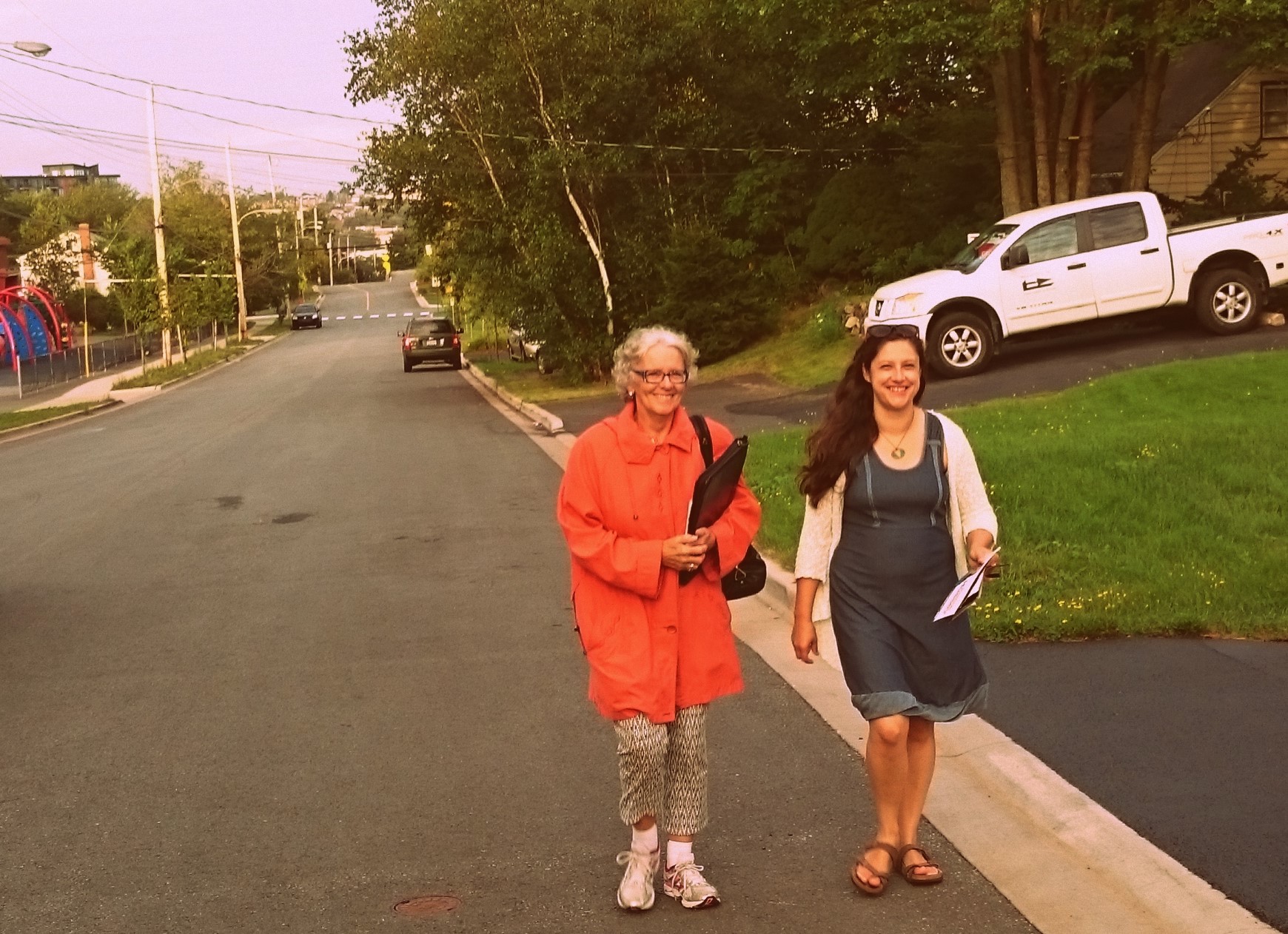 6. Alexa was a steadfast supporter of women and equity-seeking groups in the Party. As Leader of the NDP in Nova Scotia (1984) and federally (1997), she led us in campaigns that regained official party status for the NDP, opening the door to the halls of power to many marginalized voices.

7. Alexa was a longstanding supporter of the 2SLGBTQ+ community. As described in Before the Parade by Rebecca Rose:

During the 1981 provincial election the GAE [Gay Alliance for Equality] invited the candidates from all three provincial parties to attend the Pink Triangle Affair to celebrate the acquittal of The Body Politic and the first ever Pink Triangle Day at The Turret. Only Alexa McDonough, the recently elected leader of Nova Scotia’s New Democratic Party, accepted.

That night, Deborah Trask, who had been living in McDonough’s basement, met Alexa at the building’s front door. Alexa was nervous. “It was a major social event” and there was a lineup to get in, says Deborah. From the very butch to the drag queens, they were all there. “Everyone was so astounded that she came that they were reaching out to touch her, to thank her, and I really felt that her presence validated our community,” she says. It was also an eye-opener for Alexa, says Deborah. 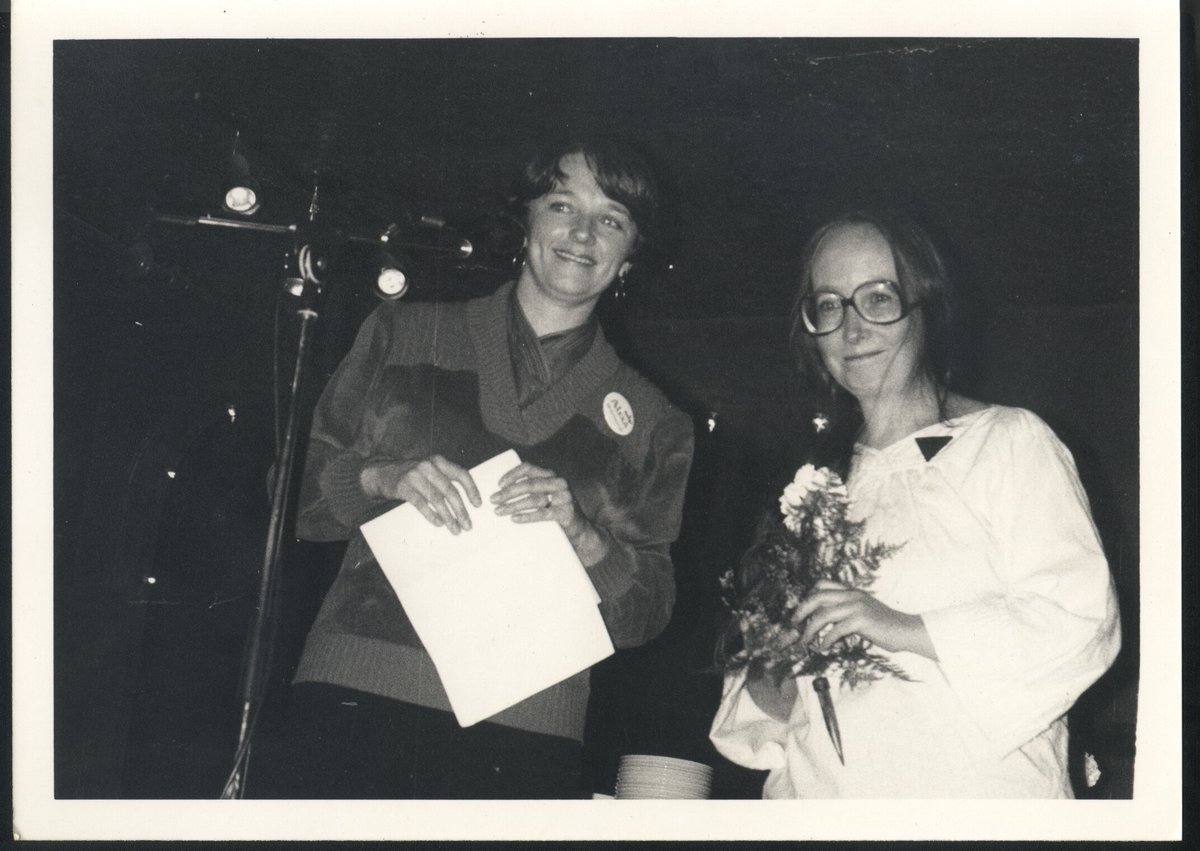 8. Alexa successfully championed the enactment of Nova Scotia’s first Occupational Health and Safety Act. This legislation was a progressive landmark for the province. 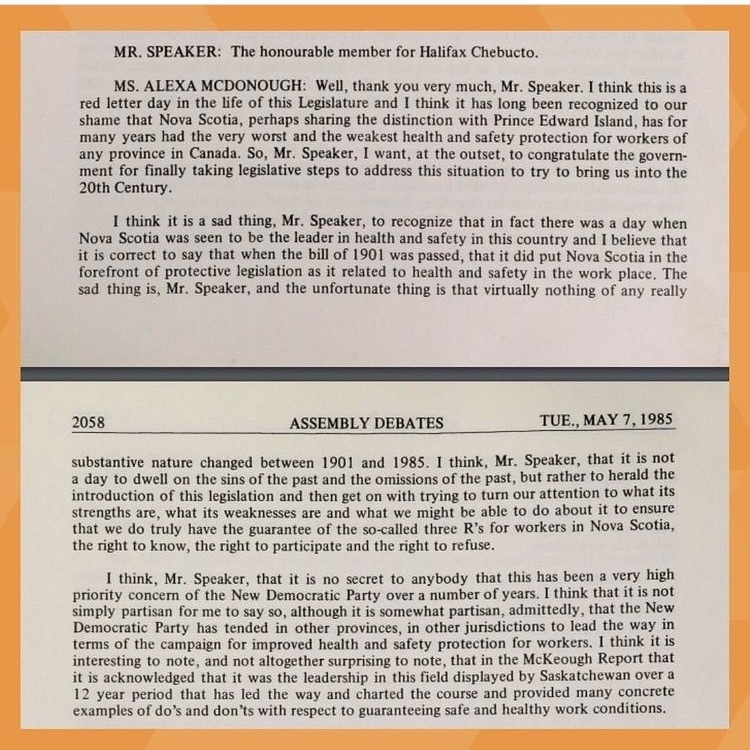 9. Alexa expanded the NDP’s success into mainland Nova Scotia. Until Alexa became provincial leader, the CCF/NDP’s only Maritime victories were in coal mining areas of Cape Breton. Alexa established the provincial NDP as a significant political force on the mainland of our province, with a breakthrough popular vote in 1981. In doing so, she laid the groundwork for elections that created a Nova Scotia NDP caucus with seats on both the mainland and Cape Breton. 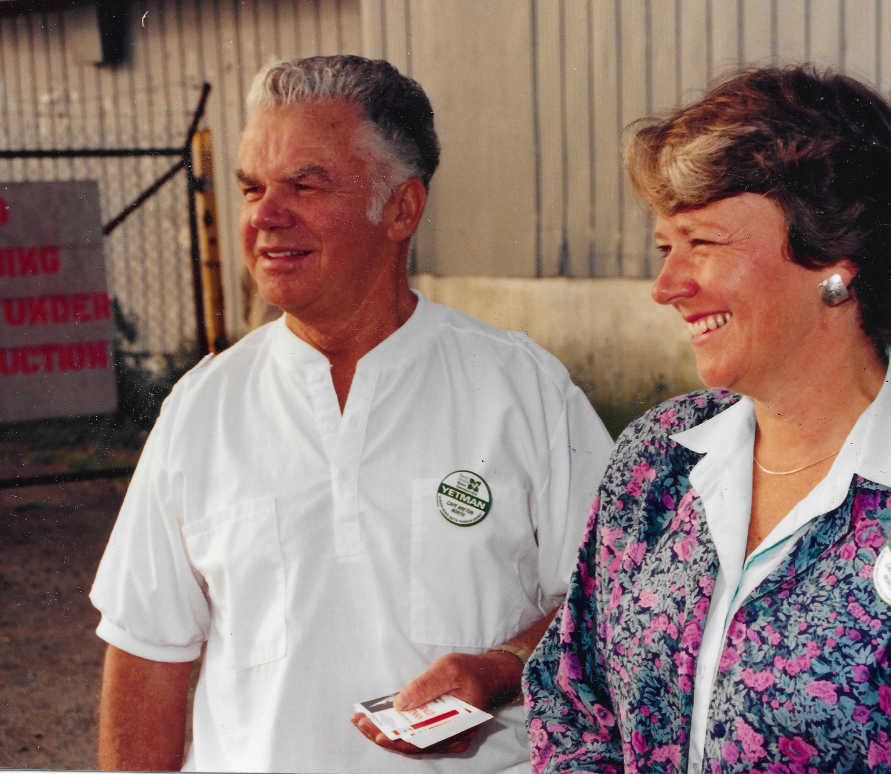 10. Alexa helped the NDP win more federal seats.As federal leader, Alexa led the NDP in a Maritime breakthrough, winning 6 seats in Nova Scotia and 2 in New Brunswick, and impressive second-place finishes in other Maritime districts. In 1997, the party won six of the eleven federal seats in Nova Scotia. Her victory galvanized support for the provincial NDP, creating the electoral base from which we formed the first NDP government east of Ontario. 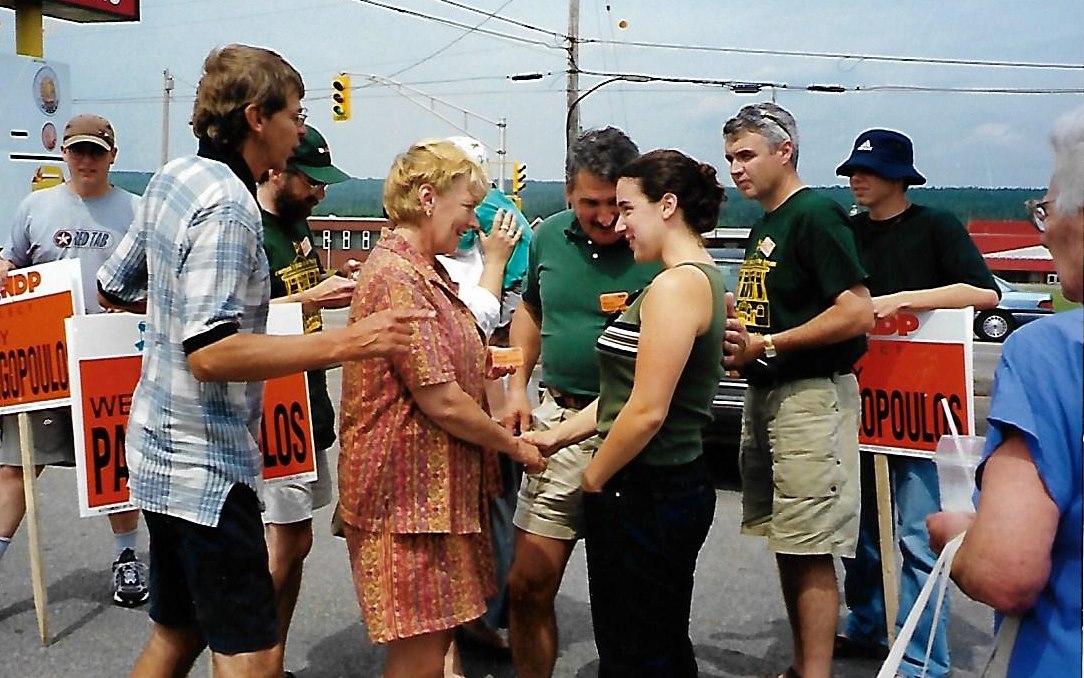 How has Alexa influenced you or your life? Share your story on social media with the hashtag #AlexasLegacy.